Sometimes making capital-improvement upgrades to a family-run business can be a challenge for a variety of reasons. But that wasn’t the case when Phil Origlio suggested revamping a major portion of its material handling operations with the MA-DX LoPro Drag Chain Conveyor system from Orion.

“It was an easy choice to go with this machine; it was an easy sell,” said Phil Origlio, Vice President of Corporate Development, Origlio Beverage. “I told my family I was confident that in just a couple of months, we’ll cut our errors in half, and we’ve more than done that. If anything, I undersold it.”

Today, the company operates three warehouses, delivering more than 18 million cases annually to locales throughout Eastern Pennsylvania. With a deep portfolio exceeding more than 150 brands, efficiently moving millions of cases from their shelves to customers was becoming a challenge. At issue was a picking process that did not have a meaningful quality assurance program in place. They were not weighing pallets for accuracy prior to shipping, which lead to an abysmal error rate of about 1 percent.

“The higher your error rate is, the more incorrect product you’re sending out into the market; you’re essentially relying on your customers to be honest and not take the free cases that we’re giving them,” Origlio said. “We were relying on drivers to do the whole check-in process and hand verify every single case. Sometimes our customers are ordering up to 1,700 cases of beer, and we’re asking our drivers to hand count every single case. It was a lot of work, extremely inefficient and not very accurate at times.”

Recognizing a change in operations was needed, Origlio’s research led him to visit other beer distributor partners across the country to examine their best practices. What he found was nearly all of them were using Orion’s MA-DX LoPro Drag Chain Conveyor system.

Developed specifically for the beverage industry, Orion’s (https://www.orionpackaging.com/) MA-DX LoPro Drag Chain Conveyor system is a safe and efficient method to wrap and move tall pallets of beer and other beverages. The system automatically receives, wraps and discharges loads with designated specifications. It can accept three pallets at one time, allowing it to be operated by just one person, which saves on labor costs.

The basic system includes one infeed conveyor, one wrap zone conveyor and one exit conveyor. The machine will automatically apply pre-stretched film to the loads, cut the film, wipe the film tail to the load, and contain the film for application to the next load. Loads are automatically sequenced through the conveyors and controlled by photocells and PLC.

The LoPro Drag Chain Conveyor is a low profile, three-strand chain conveyor with a pass height of only four inches, allowing for loading of up to three pallets from either a forklift or electric walkie, or pallet jack. In addition to the Orion system, Origlio Beverage also replaced many of its forklifts with walkie pallet jack riders for integration with the LoPro system.

“The MA-DX LoPro Drag Chain gives Origlio Beverage the ability to reduce their material handling time by being able to drop off two pallets at the same time,” said Travis Range, Orion Regional Sales Manager who worked on this project with Origlio. “We were able to rework their operations processes to a single point of access, which reduces the number of touch points for each pallet.”

Range brought in Colony Packaging (https://www.colonypackaging.com/), a York, Pennsylvania-based independent material handling distributor that’s been selling Orion equipment since 1989, and together they worked with Origlio to design their new system. Colony’s strengths within packaging are recommending the right equipment and options tailored to specific applications, as well as equipment repair and support, on-demand converting, and prompt customer service.

“The LoPro Drag Chain Conveyor is an integral machine that’s become the industry standard since its launch. Orion is the only one that makes a machine like this for the beverage industry,” Manning said. “It’s phenomenal what this machine does.”

Establishing a central focal point of operations was a critical element to the solution – and the MA-DX LoPro Drag Chain Conveyor effectively accomplishes that goal.

“It’s like we have a built-in management tool because pallets start and end at our new wrapping machine,” Origlio said. “This system gives our operations managers and supervisors a physical area of focus. Our entire operation now flows to this machine; it’s brought a completely new focal center to our process.”

As personnel begin filling an order, each item is scanned from the pick list and placed on the pallet; scanned information is sent to the Orion control system, enabling the integrated load scale to know how much the load should weigh and thus verifying that the customer’s order is complete. After the pallet is stacked, it is placed onto the LoPro Drag Chain Conveyor, which has photo eyes along the length of both the infeed and exit to track the load’s location, and the pallet automatically moves to the stretch wrapper. If more than one pallet is loaded, the machine’s logic control takes over, staging the loads and conveying them one at a time into the wrapping zone of the stretch wrapper.

The pallet is then weighed on an integrated scale and continues its path along the exit conveyor ready for shipping.

The new system was installed and began operation in spring 2021. Catching incorrect orders before they are loaded onto trucks not only saves the company money, but helps add a level of professionalism that Origlio Beverage is looking to instill in its brand.

“We’re trending down toward an error rate of less than 0.25 percent, which is significant in the volume we’re shipping every day,” Origlio said. “This solution is making our employees more accountable and diligent in their picking process, and all of this collectively reflects more positively on our brand.”

The startup and results have been so promising that the Origlio has ordered a second MA-DX LoPro Drag Chain Conveyor system for their Redding, Pennsylvania facility.

“When you look at this system, you can just see it’s clearly made for the beverage industry,” Origlio said. “It’s obvious they did a good job engineering this system. It’s faster and stronger; it’s just superior to anything else available on the market.” 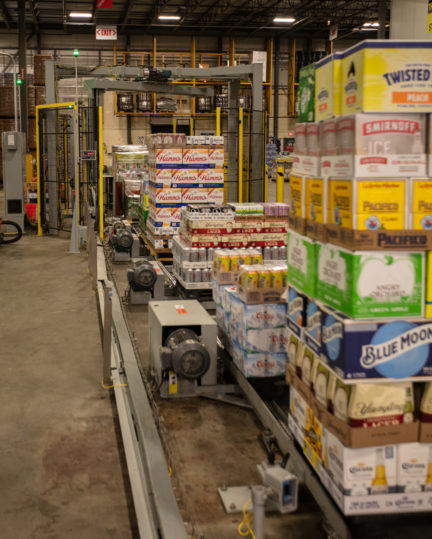 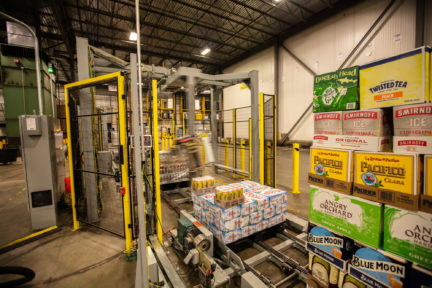 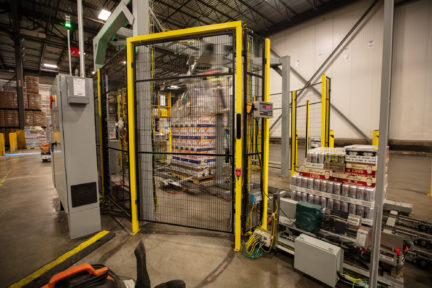 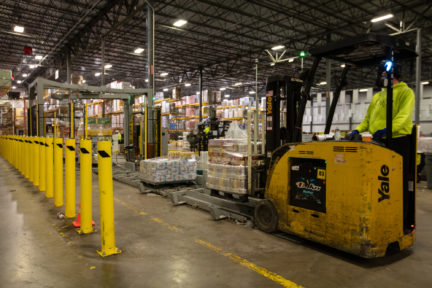